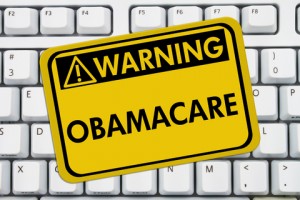 The Government Accountability Office, GAO, has found critical flaws in the mechanisms of the enrollment process for Obamacare leaving a potential for wide scale fraud.

In their tests conducted in 2013 and 2014, using fictitious enrollees into both Obamacare and Medicaid, the fake enrollees were able to obtain subsidized coverage or Medicaid, despite the fact that the information they provided was false; such as social security numbers beginning with “000.”

A spokesperson for the Department of Health and Human Services noted that they have not received any information from the GAO with details or specific recommendations regarding potential vulnerabilities to fraud that would enable them to take action. The GAO, in turn, reported that they have yet to make any recommendations, as their results are preliminary and they “cannot be generalized to the full population of enrollees”.

While the Congressional Budget Office forecasted more than 20 million enrollees in 2016, the Obama Administration released their projection that 10 million would obtain health coverage via exchanges in 2016. Fewer people in the pool mean rising premiums.

With enrollment for 2016 starting in November, the absence of oversight or controls highlight the fact that now, more than ever, insurance agents need to be hyper- vigilant in their role as advisors.