What Obama’s 2017 Budget Means for the Cadillac Tax 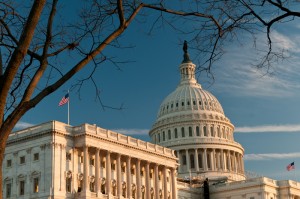 President Barack Obama’s 2017 Budget is expected to propose changes to the “Cadillac tax” by tailoring it to reflect differences between lower and higher cost regions. The tax was a part of the 2010 Affordable Care Act and was due to start in 2018, however, this date was pushed back to 2020 as a result of the December 2015 bipartisan budget and tax deal.

The Cadillac Tax, an excise tax that will be levied on high-cost health insurance plans, will affect businesses who self-insure their own health plans and on employer-sponsored group health plan insurers if their plan costs are above a certain threshold.

Supporters of the tax say that it will cause employers to choose cheaper plans and that it will only affect the CEOs of companies and point out that the tax is expected to help pay for Obamacare, but critics say it will also affect employees who may be faced with higher deductibles and co-pays. Those opposed to the tax are also concerned that employers faced with the tax will be forced to reduce or eliminate employer contributions to employee benefits such as health and flexible spending accounts. Labor unions are also opposed due to a fear that employees will lose benefits

According to the Congressional Budget Office, the a 40% excise tax will be levied on any amount exceeding approximately $10,700 for individuals and $29,000 for families but the limits are expected to increase by 2020. The tax is expected to bring in an estimated $85- $90 billion a year.

Opponents, including insurers, labor unions, and employers remain adamant that the tax needs to be fully repealed.

← Are Insurance Jobs Going Away?
Noteworthy News from Across the Nation →